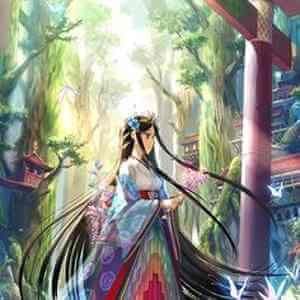 It’s interesting that whenever I meet up with old friends or people I haven’t talked to in a while, the one thing they always say is: You haven’t changed at all!

I often think the word change and mature can go hand in hand. When people say change, perhaps a part of them may be thinking, mature.

Though I have to admit, I am quite different from most people because whenever I talk to friends I know well, I’m usually hyper and silly. I love saying things like I love eating trees or want to paint a house pink with orange dots. I guess that silly side of me represents the child in me, who doesn’t really act on logic. That may be what really fascinates them, and because it’s uncommon, they see it as temporarily, or something I’d grow out of. Often, I’ve known people who are surprised that I still like the websites I do, watch the cartoons I used to love as a kid, play games or collect toys and plushies. Many adults in the previous generation cannot imagine that grown ups would do these things. They come up with all kinds of excuses, such as playing games are wasting time or money.

The ideal that games, cartoons and adventure and fantasy being aimed at kids is completely mislead. It’s merely a figment of people imaginations, a made up ideal that seems right because that wasn’t their experience as a child. I see it as a change of generation, thus a change of lifestyle and interests.

For example, my parents are completely in separate universes in their ideas of having fun. In their spare time, they watch TV, do things for the house, play lawn bowls, read the newspaper or water the garden. To me, you can’t even pay me to do those things, and I’d choose the internet over reading the paper any day. While the previous generation may be thinking that we’re not maturing by not being interested in these things, we think they’re missing out because they’re not truly having fun by going on the internet or playing games. Often, we ourselves may think: How could looking for curtains be considered fun? But to them, it is because that’s the world they grew up in. The non-technology world.

Technology, that wonderful thing that only really got big in our generation, that’s probably the biggest change between us and our parents. We grew up with the internet, websites, games, chats, facebook, emails, twitter, blogs and forums, while the older generation may not even know how to use most of this stuff. They would’ve had to send a snail mail to deliver a message!

Of course, technology comes with many other things. One of the biggest is the type of shows we watch, particularly the fantasy ones. In their time, I doubt there’d be a show with computer generated graphics, showing people going on adventures, collecting treasure or teleporting all over the place. If they had seen those shows growing up or was used to them, I think many of them would enjoy it too! The reason why I say that is because nowadays, I often see people in their late 20’s and 30’s still love the animations they do, as well as games. These things are in our universe, and because we grew up doing it, we love it today. It’s a reminisce of our childhood and probably brings us nostalgia. However, remember that our parents didn’t have these things at all, so they of course would cling to the things they saw growing up. That’s probably why they enjoy a lot of the older music, shows or movies, particularly black and white ones. If something grew up with us, it’s stored within a special place in our hearts.

When people despise, look down upon what we love and expect us to change or grow out of it, what they’re truly feeling is confusion. They don’t know anything about it, and the barrier sometimes which prevents us from going outside our comfort zones, is trying something new. It’s funny, sometimes we do some pretty crazy and mean things when we don’t understand something. Instead of finding out more, we probably fear it, so we’ll come up with reasons why it’s not that good. How much do your parents truly know, and I mean, know about the shows you’re watching?

I’ll give you an example. When I was a teenager, I religiously watched Charmed. My dad at first didn’t understand it and would sometimes make some remarks about how silly something was. One day, I couldn’t take it anymore so I sat him down and we watched the entire episode together. Oh my Lord Almighty, he actually enjoyed it! Not only that, it became a habit for us to watch it each week. We enjoyed the episodes a lot, and it became a thing!

So that really goes to show that when people don’t know or don’t understand something, the brief glimpse they see will mean nothing to them. Their fear will probably cause them to say all these bad things that they really don’t mean, since they don’t know anything about it. Just think about it. If suddenly, newer technology came out, everything’s touch screen and you can literally use a computer on the table, our kids may love it but what if we still wanted to stick to the traditional of keyboard? We may think the younger generation is crazy for enjoying a touch screen, and we may fight, despise it for a long time before we’re really willing to use it!

I feel that humans base their entire lives on patterns and habits. Just like how we freak out when facebook or youtube suddenly change layouts, we go in a panic when things are different. So people of the previous generation literally live in different worlds to us. Some are trying very hard to keep up, and good on them for that!

Change can often be misunderstood as a concept. When people expect us to change, what they truly mean is, they don’t understand why we like the things we do, and assume we only like it because we’re children. In reality, who’s to say adults can’t like fantasy or animations or rainbow colours? (I still think we should all wear bright orange, pink, yellow and green t-shirts to work!)

So the next time someone stares you weirdly because you collect toys, or that you’re afraid to tell people your favourite show, try and get people to understand this concept first. Liking games isn’t being childish, it’s simply different. In fact, many games are very serious and probably wouldn’t be suitable for a child!

Sometimes, there may be other reasons why people would assume I’d mature. Perhaps they went through a lot in their life and has changed themselves, or one of the biggest reasons peer pressure. Often, we feel pressured by those around us. Everyone else’s thinking it, therefore I must too. So, we change ourselves to fit in. Unknowingly, the sad part is, we become just like them and perhaps even act like them. Please don’t let that happen. It’s possible to reason with people, and help them see why their logic is flawed.

I really hope people can think more about the actual definition of maturation. Does maturing mean getting of your interest, or is it more changes on an emotional level, such as you can think ahead, rather than just freak out on the spot? Is it that you’ve experienced certain things in life and you’ve learned how to deal with it? That you can be trusted whereas in the past, you’d probably forget about it in a few minutes?

Remember, when we get rid of the colours in our life that brought so much joy in our childhood, we’re literally throwing away the fun moments of life. Be sure to challenge yourself when you think you must change. Ask yourself why?