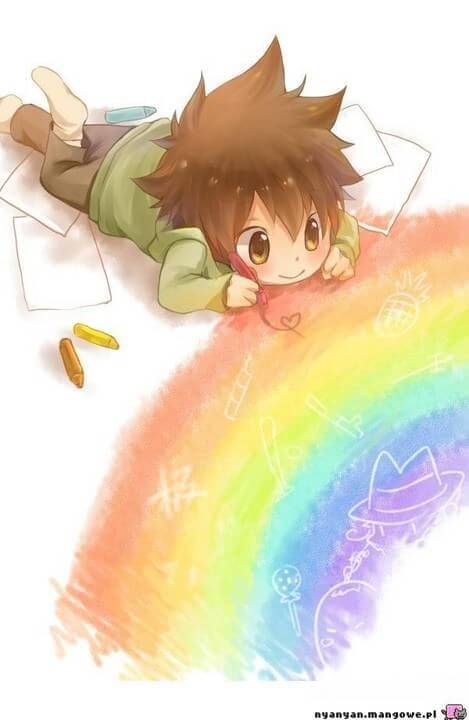 (Is it normal for 50 yr old to love cartoons and rainbows? We may not think so, but why not?)

To me, the concept of being normal is quite empty and doesn’t say much. It merely means “it’s not something that people are used to”.

I’ve got a few examples in mind: The concept of a man wearing a skirt is probably considered not very normal by the majority, because we barely ever see it. So doesn’t that just mean our concept of normal is what most people do, and abnormal is when hardly anyone does it. Is it actually right or wrong? Often, it’s not. Like, why does it even matter to us what someone wears? Is males wearing skirts considered a crime? Does it physically hurt someone? It’s just considered strange to many of us because we don’t usually see it.

BUT imagine this: If all the guys started doing it, then would it become normal? Would we slowly start to accept it as normal?

Why is it more accepted that girls wear clothes that guys would wear, and not the opposite? Does it actually make any logical sense, or has it all got to do with our own mind?

This is just one example, but I think you get where I’m going.

One thing to feel that it’s abnormal, another to act on it

I think that through evolution, we were wired to fear the unknown. Fear creates all kinds of negative thoughts in our minds, and that’s probably the main reason why many of us find it hard to accept things that doesn’t seem normal for us.

However, just like the concept of “it’s alright to feel angry, but not alright to punch someone”, this is the same! We may fear this “unknown” concept and think it’s not normal, but does it give us the right to put someone down because of it?

I feel that with these things, the more you are used to it, the easier it is to accept that it’s normal.

Let me give you an example:

I had this friend who really really wanted to experience pregnancy. Would you consider this normal? I do! Because why is it so weird or wrong that a guy wants to experience something like that? Heck, perhaps if I was one, I’d be curious too! I actually think it’s really comforting that some men want to experience something that seem so natural to women, and even if he’d go to the length of pretending to be pregnant, I still found that to be absolutely normal, because of what he desired.

Did I think so at the beginning? I have to admit, I was taken aback by the concept, MAINLY BECAUSE I have never ever had a friend tell me these things. I was just surprised and it took some time for my head to get around this concept, but it did and afterwards, it just felt very normal!

Another example I can think of is the love for cartoons and animation for people who are 20-30 years old. Sometimes, that can be considered abnormal, that’s only because some people have the concept that animations are for kids, but they aren’t thinking about the fact that we should be allowed to love what we want, despite our age, gender and anything else.

Yes, normal is simply in your mind alone and can be changed if you let it!

We often have to give people presents, right? Birthdays, Christmases, Mother and Father’s day, the list goes on. But instead of, say, buying your loved ones a regular cake from the store or the latest movies, why not give the gift of health? Here are some ideas for what you can give: Bake a Healthy…

So often, I see someone make a new site and it looks amazing and see huge potential because it’s updated each day with exciting new things, and then it suddenly stops. Either the person goes on hiatus or the site completely dies. I think I’ve worked out why this happened. I think the biggest reason…

1. Not all Fats are Bad! That’s a thought trap! It’s something many people will think: Fats will make people fat. In fact, that’s wrong because believe it or not, there are a lot of food high in fats that actually help you lose weight. Good fats, mostly Monounsaturated Fats and often, Polyunsaturated Fats help…

“Health is happiness.” I think unless you’ve truly been through something that makes you fear eating unhealthy, and that it may put yourself at risk, you probably won’t understand. Most people will probably say, it’s a vacation so you should eat whatever you want. Perhaps sometimes, fear is really a great driving force to keep…

How to lose 70 Pounds in Less than Two Years? 1) Cut back on red meat, cheese, sugary junk foods, softdrinks and fast food restaurants such as McDonalds. 2) Eat lots of fruits, vegetables and coarse grains, particularly recipes on this website. 3) Buy a treadmill and ipad, then work out 1-2 hours a day….

Is facebook, tumblr and twitter sucking away all your time on the internet? Is there one site that you obsess over every minute and is distracting you? I’ve had friends who told me they spend too much time on facebook when they should be studying for an exam, and I’ve had quite an experience myself…