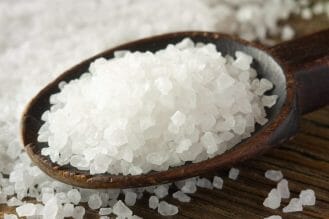 Since a few months ago, I’ve found brilliant NEW ways to eat food without so much salt, and wanted to share them with you!

Get Used to Less Salt

I find that the more salt we have, the more it kind of makes us want more. So if I live on salty foods, I just want it all the time, and anything that’s a bit bland will taste horrible. But you don’t need to completely remove it. Just add a little less and see if you can deal with that. If it’s still alright and you can eat it, then try to work with that amount. In a few days or weeks, you can try decreasing even more.

I used to think that if I mixed my kale, spinach or carrot with my fruits, it would taste absolutely disgusting. I mean, how could you just mix fruits and vegetables?! How wrong could I have been? I never really realised that the sweetness of fruits is completely dominant, and as long as you have half an apple, half an orange, some berries, grapes and such, you can put all the vegetables you want in there and won’t taste it. In fact, it would all just come out sweet!

If that’s the case, and vegetables taste pretty darn awesome with fruits (and I eat a bowl of fruits each day anyway), why not combine them so I can eat MORE greens and other veggies without adding any extra salt? That way, it also helps me eat my filling of raw vegetables, which I believe is also very healthy in its own ways.

So don’t be afraid of mixing fruits and veggies in a blender! The only vegetable that really “changes” the taste of the smoothie, I would say, is celery, so if you aren’t a celery person, be sure to not add it or don’t add as much. Anything else completely gets overpowered by the fruits.

This may not work as effectively since there is a chance that if it’s reduced sodium, you’d just use more, but it does work if you are just using soy sauce as a dip, because you’d probably be using the same amount, but if you were having a reduced sodium version, you’d be taking in less sodium. 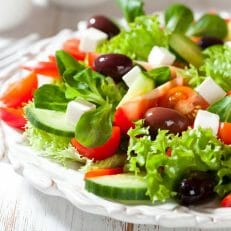 I found that ever since I began on the salads, I started taking less salt. That’s because with salads, you can sometimes add a little bit of nuts, and fruits like strawberries or pineapples, and then pour some olive oil and vinegar, pepper and things like that. By the time you’re done, the salad is already so flavourful that you literally don’t need more than a sprinkle or two of salt to enjoy the taste. You may even find that you won’t need any at all!

I find that when I mix dressing with olive oil, tahini, lemon, apple cider vinegar and pepper, the flavour is extremely powerful and delicious!

I also find that some food are particularly strong in flavour and needs little additional flavours to enhance it. Those include tomatoes and cucumbers.

Random Tip: Okay, this isn’t about cutting down salt but it’s about taking better quality salt. We all know that table salt is white, that’s because most of the nutrients are stripped, and even sea salt may be the same. I recommend if you can find it buy Himalayan salt, this is probably the best salt you can have, loaded with minerals!

I’ve been having quite a lot of trouble sleeping lately and it’s interesting I never really stopped to think about why. It was only a few days ago I noticed that OMFG there’s caffeine in cocoa/cacao (chocolate) and I’ve been eating a lot of it in the afternoons. Perhaps this is why I’ve been having…

I’ve recently been learning heaps about the raw vegan diet and I found out so many awesome information I Just had to share. (Recipe and image source here) Important thing to remember: Please don’t actually shut out the idea until you’ve really tried raw vegan food prepared WELL, because if you had poorly prepared raw…

I love the idea of herb infused oils as it just seem to make the food have that extra special taste. Here is how you can make it. What you will need: A glass bottle Herbs of choice (I used Tarragon, mint, basil, rosemary and sage) Oil of choice (I used extra virgin olive oil)…

Since my teeth are always quite prone to sensitivity because of my excessive consumption of, erm, candies when I was younger. Unfortunately, that also means there are a lot of foods that may be fine for others, but aren’t good for me if I eat too much of it. Here’s a list of foods that…

I think that one of the misconceptions we need to get rid of is believing that certain food taste will remain when blended with something else. For example, I will say this to anyone and they’d probably look at me with one of those blank, WTF are you crazy looks if I said, blend avocado…