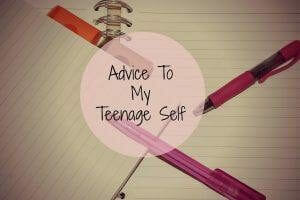 I often wonder if I had a life coach to give me advice when I was a teenager, what would’ve happened. Surely, life would’ve been easier, but I am also grateful to have learned what I did. But if I were to go back in time and give myself five advice, this is what I’d say:

Stop trying to fulfill other people’s wishes and do things for others. You need to truly find what works for you and do it without all reservations, no matter how hard it is or how much people are against it. Your true passion is what you will be able to do full force, and get through when you reach the hard times. By the way, your true passion should be something you are able to do without too much issues.

If creativity is where your passion lies, then go for it!

2. There are ways around Anxiety

One of the biggest problems I had as a teenager is suffering from anxiety which always made me nauseous. There were times I didn’t even know how to deal with it, and it took a big toll on my health because I ate less and was unable to do many things, and one of them was even going out to see a movie.

I would firstly tell my teenage self that there are ways around it, that it wasn’t weird, or I wasn’t weird for feeling this way.

Then, I would introduce a lovely thing called ginger and tell myself to take it every time I felt nervous. That could’ve saved me a lot of stress and pain when it comes to anxiety or even times when I’d panic like before I did a speech.

I would tell myself that no matter how scary it is, GET BRACES because you are probably going to regret it later.

If I said to myself that I wouldn’t needed it, I would say that time has changed and you will, no matter how you feel right now. This is absolutely worth it, otherwise you are going to spend a lot of time agonising over this!

4. Stop being such a Bitch

Oh yeah, I think many people can relate to that as a teenager, is that we tend to want to rebel and I often was quite a bitch. I would try and come up with strategies on how I can overcome these angry feelings and turn them into something more productive rather than something bitchy that will turn off people.

I would also tell myself to be careful about being influenced by others, as that often makes me harder to be with.

5. Appreciate all the time you have with your Grandparents 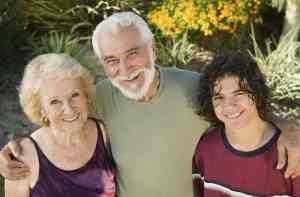 One of my biggest regrets was assuming I had more time, and because of that, I never got to say goodbye to my grandfather, which is still something I wish I had done. I would go back and tell myself that you will regret it for life if you don’t seize every opportunity to talk to him. Being lazy or just saying you’ll talk next week is the absolute wrong way to go about it and will cause you a lot of heartache later on.

I know if I had just said to eat healthy, I would’ve thrown a brick at myself and ignored it.

So, what i would say is that did you know most of the delicious foods you love can be made into much healthier versions? I would probably share some food that I made now and see if I enjoyed it. I would give myself the tools and recipe to make them, and have myself make these foods instead of eating all those junk food I used to eat!

I would tell myself to try and hold onto the friends I made, because afterwards, it can be so much harder to really and truly make friends. Appreciate the people in your life, and if you have a disagreement, try and solve it calmly rather than go overboard and allow your friendship to fall apart.

I’ve been collecting quite a lot of these and I find that the more I surround myself to these, the more inspired I get. I will share with you some that has really made a difference to me.

I watched a video today, and I was moved. I mean seriously moved. To tears! It was that powerful! How I found it? It was on one of those Facebook share things and I Just happened to see the title which looked interesting. It was one of the the three most worth it minutes I…

My trip to LA is one of the greatest adventures of my life, it has taught me so much, and I would like to share them. Lesson 1 Going to LA wasn’t luck, it was something I made happen. Epic things do happen if you put your down and fears behind, and go for it!…

These are some life lessons I’ve learnt during the month of august. This will help me remember everything, and help give some insights to you. I’ve Learn That… Life begins with the food you put in your mouth. Happiness sometimes isn’t something you can just “think”, but a lot of it has to do with…