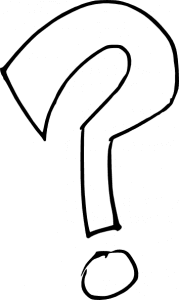 Often, I think that “knowing” is a way to make us miserable. If we read certain (bad) things, we feel terrible. If we know that we may have a chance of getting sick, we may freak out. If we know we were so ill, we’d probably panic to death. All of those horrible feelings simply caused by knowing.

Let me give you an example:

I’m a huge emetophobic, as in I’m really afraid of vomiting. So if I know someone at home is sick, I will probably panic for a couple of days, because I feel that there must be some evil virus in the house that’s going to get me. However, if I don’t k now about it, I don’t feel afraid at all. The funny thing is, 100% of the time, nothing did happen and I panicked for nothing. This really got me into thinking about the powerful art of simply not knowing and how much grief and fear it will save.

This also reminds me of dealing with people online.

There are nice people, and nasty people. Sometimes when you know that a message you’re getting is going to be full of nastiness that will cause you to lose self confidence without any given reason (or logic), then why bother reading it? My philosophy is: “I’d rather not know, than know and feel horrible for days!”. I really do find that it works so well for me. Because of that, I have saved myself from hours of misery.

I know many people may think of that as a weakness or that it’s silly, but I honestly tell you this: It’s your own choice, who has the right to tell you that you’re weak for choosing not to read something? In fact, I believe it can take more courage to not read something and hit the delete button, than to read it.

Another example I can think of is when my husband was young, he got a severe illness and the doctors actually thought he was going to die, but his parents didn’t tell him that. Thank God because he actually didn’t die, and imagine the fear and panic he would’ve felt if he knew.

Sometimes, I feel that fear, anger, pain and such is the first thing that sends us to our early graves.

Most of those negative emotions comes from knowing. The good thing is, we can often choose to avoid it!

Under what circumstances is it best to not know?

If something really really scares you, such as the idea of being sick for an emetophobic is simply horrifying, then it’s best to simply not know when illness is around.

If you get messages and you know they’re going to be insulting, then don’t read it.

If you know that you will get jealous by hearing something, or knowing something, then don’t go and listen, or don’t read about it!

If you realise that knowing something will make you feel bad, and not knowing won’t really change the situation positively.

When you should know about Something

Obviously when I say it’s best to not know, I didn’t mean everything. For example if you feel ill, you should actually know what’s causing it so you can treat it.

If the message sent to you has a purpose, and isn’t written by someone who simply wants you to be miserable. (Often, you can pick up how the message is going to be after reading the first line, so if you think it’s going to be insulting, delete it. If it seems meaningful, even though it’s negative, then read it)

Or if your family is ill (not from a passing virus), then you should know about it so you can do something to help.

The most important question to ask: Will knowing positively affect me? If knowing something means you still can’t do anything to change the situation, then perhaps it’s best not knowing.

I’m a firm believer in that we can choose not to read or know something if we don’t feel the need. Of course, there are times when we’ll accidentally know and that’s not a good thing, but I do want to share, that knot knowing is powerful – and can save a lot of negative emotions.

When life changes without us informed, or when we are forced to change, it’s as if our mind goes into a state of panic, and we hate it. The good thing is – people are adaptable. No matter how hard the change is, we will, eventually adapt. But that doesn’t really stop us from hating…

I love making new discoveries like this! Have you ever heard of a White Noise Machine? Marpac Dohm-DS Dual Speed Sound Conditioner Say if you were relying on fans or a constant sound to keep you sleeping well because you have noisy neighbours, sound of cars or sirens wake you up, or even your own…

Having had sleep problems, when I first heard of “melatonin”, I was excited there was a natural pill which can help me go to sleep, or so I thought. However, my experiences with it has taught me that it’s actually better without it, or that it shouldn’t be used as a thing that knocks us…

Why is it if any other organ in your body breaks, you get sympathy, but if your brain breaks, you get secrecy and shame? I read this on a Facebook status and I can’t agree with it more. It’s interesting that people expect that if you run into emotional problems, you can simply change your…

Love is one of the most fascinating emotions ever. But does it have to be just one type of love? Heck no! I want to write about the different types of love we can experience, and just what we can do when we’re motivated or empowered by love. Firstly, I want to try and explain…