I watched a video today, and I was moved.

I mean seriously moved. To tears! It was that powerful! How I found it? It was on one of those Facebook share things and I Just happened to see the title which looked interesting. It was one of the the three most worth it minutes I ever spent on a video!

This video pulled a heart string somewhere, it made me feel!

Brief Explanation of the Story:

A young boy was caught stealing, and the shop keeper was pissed. Turned out the boy’s mother was seriously ill, and a man nearby saw it and bought the medicine for the boy, and gave him some soup to go along with it. Years later, the same man worked in his shop, giving the poor people his soup. But suddenly, he collapses from a serious illness. He’s in hospital and the medical bills are EXPENSIVE, and I mean it. His daughter was so troubled, wondering how they can ever afford the bill.

She is in bed one day and suddenly sees another piece of paper. The bill was already paid, by the three painkillers and soup he gave to the boy. Turned out this boy became a doctor and has forever remembered the kind act this man did.

My Thoughts about this Clip:

Seriously, what a beautiful story. It was one hell of a touching one that just made life seem so meaningful and showed the kindness natures of humans, which really brings out the most hopeful feelings ever.

It’s true that we should all give, without expecting anything in return.

Because karma will repay the kindness you give in its own unexpected ways.

Doing what you can for others, giving without wanting anything in return, is the best way to live.

You may be thinking: Happiness and eating are two completely different things, how can they be related? Let me just say that eating healthy may even be the key to happiness. Often when we’re devoid of nutrients, our brain stops functioning the way it should be. If we’re feeding ourselves food that aren’t giving us…

Sometimes, I feel that our view of whether this is the worst thing that has happened to us, or the best, completely depends on perspectives. It can be very hard, but I believe with enough thinking, we can sway our minds into believing that a horrible situation was one of the best things that has… 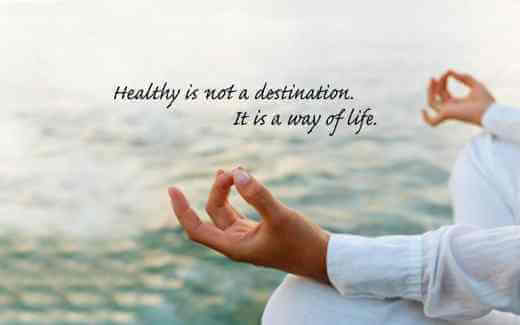 Here are more inspirational little reads that hopefully will brighten your day.

In life, only a few people, shows and things have truly inspired me to be the person I am today. I wanted to write a post about my five great inspirations, and perhaps they could inspire you too. Seven of the Sky I basically base my life philosophies on this show. It’s about selflessness, the…