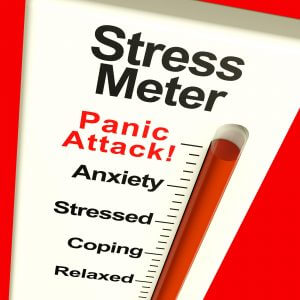 One thing that always bugged me is when people advise others to stop panic attacks by “relaxing and stopping negative thoughts”. Perhaps these people don’t truly understand, but while you’re having a panic attack, you’re overwhelmed by PHYSICAL symptoms that literally make you feel as if you’re dying or the worst thing possible is hpapening, so how are you meant to think positive when you’re experiencing something this horrifying? It’s as bad as telling someone with a stomach cramp to think positive because they’re just imagining it.

Yes, fear may not be “real” like a stomach cramp but seriously, it’s real enough for us to feel that it’s serious, and the symptoms can be as bad as any other illness and isn’t that easy to get rid of by just a couple of positive thoughts. If that worked, I would’ve gotten rid of anxiety YEARS ago.

I feel that rather than think positive, we need to figure out a way to stop these SYMPTOMS. I’ve noticed that this helps me A LOT and really really ends my panic attacks in minutes.

However, I have found one method that REALLY works for me in stopping a panic attack, sometimes in minutes COMPLETELY! I can’t guarantee it would do the same for you, but it’s worth giving it a shot.

Next time you feel as if you’re about to have a panic attack, do this: 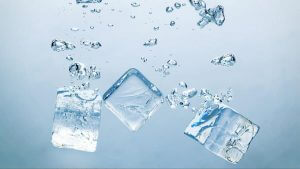 Get a big basin or bowl and fill it with cold water from the fridge or tap and add about 4-5 ice cubes. When the water gets very cold, use your hands to splash a fair amount of cold water on your face, at least three times.

Explanation: When we have a panic attack, our bodies are preparing us for the fight or flight response, which causes our adrenaline to kick in and forces our heart to be racing super fast. Splashing cold water on our face kicks in the “Mammalian diving response”, something which happens when cold stuff touches our face, it prepares us for be under water and slows your heart down significantly to prepare you for tolerating low oxygen levels.

A panic attack is often described as an exaggeration of the body’s normal response to stress and fear. Whenever we face a situation that’s dangerous, our body produces adrenalin and prepares us for that flight or fight response, which means we’re prepared to run or fight someone. However, when there’s too much of that, we get feelings of absolute terror. Experiencing this may even develop a nasty cycle of fear where you’re afraid of panic attacks which causes more panic. 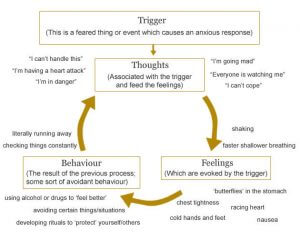 How do you know you’re getting a panic attack?

This method works if you catch it in action and do it right when you feel it’s coming, otherwise it will be too late! You can usually tell by noticing the symptoms listed above. Sometimes, you may get it when you fear something badly (such as experiencing a phobia), other times it may even come without any warning or reason, such as you’re in a movie theatre and BAM, it’s there. Sometimes, all these can jump together and make you literally feel as if you’re dying. It IS frightening! You may feel as if you’re frozen on the spot, you can’t move, can’t drive, can’t think, and it can be very dangerous.

Other tips for Panic Attacks

If you’re not in your house and can’t get access to cold water, that can be a problem. Here are some tips:

1) Always have some cold water with you. If you can’t keep it cold, then buy a themo water bottle that is able to keep it cold. Or, you can put water in the freezer and have it all icy that has a bit of water melted in the bottle. That way, it takes a while for it to melt and you’ve got cold water for a whole day. If you’ve got frozen water, then add a towel around it.

2) If you’re going by car, have a cooler on the seat next to you.

3) If you’re panicking, don’t eat. I believe eating anything will make your stomach feel a lot worse, because your blood has already gone away from your stomach, so if you eat/drink anything, you may seriously GET sick and throw up.

4) From experience, panics to do with nausea comes most often after a meal, so try not to eat until you’re too full, particularly if you are going to be in a car.

5) You might be seriously afraid of doing something that reminds you of where you had a panic attack, but rest assured, you probably won’t get it there again. Try and bring all your “survival equipment” (cold water, ginger, etc) with you and try embracing your fear.

“What can we do without a heart? We can’t cook, we can’t clean. In other words, life would be better without a heart!” Oh man, I just had to say that because it’s one of my favourite quotes. I wanted to share 25 heart healthy foods to keep your heart in glowing conditions! Nutrients that…

Back when I was a kid, we had to do these exercises 2 times a day at school. I remember I always had an itchy eye so I would use this opportunity to scratch my eyes instead of the proper accupoint. I think just like massage, this is an excellent way to de-stress the eyes….

How to lose 70 Pounds in Less than Two Years? 1) Cut back on red meat, cheese, sugary junk foods, softdrinks and fast food restaurants such as McDonalds. 2) Eat lots of fruits, vegetables and coarse grains, particularly recipes on this website. 3) Buy a treadmill and ipad, then work out 1-2 hours a day….

This is a technique that really works for me and I want to share it with you. Sometimes, you’re faced with choices. Whether it’s someone giving you a list of places to go, you’re looking at a costume set with eight pieces but you can only choose two as you ran out of mone It’s…

Often, I think that “knowing” is a way to make us miserable. If we read certain (bad) things, we feel terrible. If we know that we may have a chance of getting sick, we may freak out. If we know we were so ill, we’d probably panic to death. All of those horrible feelings simply…