What causes people to bully others?

This is one of those questions with a million answers. Just like there’s a dozen things that can cause a headache, there’s literally countless things that can cause someone to be bullied. However, from what I’ve witnessed, here are the main reasons: Jealousy, differences in interest, opinions and personalities, weight, softer personality (ones that people can easily take advantage of), having done something that hurt another (such as rejecting their offer to go out, not being friends with them anymore, etc).

Whatever the reasons are, bullying often happens at school and it’s one of the horrible things I believe we all have the power to stop, but many people don’t seem to think it’s so important.

Here are my 5 ways to deal with bullying at school.

Don’t show that you’re Different in any Ways

As kids, we get excited. We want others to know what shows, movies, celebrities we love, as well as our interests. But, one thing we forget is people are born to hate differences, that  the origination of racism and a lot of other problems. Why do some gay people still feel stigma from family and society? Because it  DIFFERENT! People are born with the natural self defense mechanism to detest others who are very different, because in ancient times, people were all in tribes and those from other tribes may very well hurt us, so over the course of evolution, we’ve been programmed to hate others who are different.

Often, I’ve heard about friends and family members say they were bullied because they weren’t acting what their gender should act or having interests they should. For example, if you’re a guy and you like pink or show emotions such as cry in front of others, that can be considered different because over time, males were brought up to act tough and like blue colours. Doing the opposite will probably make him be labeled as sissy or girly.

My advise is only show your interest: What you love, what you believe in, unless someone else brings it up first. Bringing up something you love is dangerous, because you may very well

Make someone know this is SERIOUS 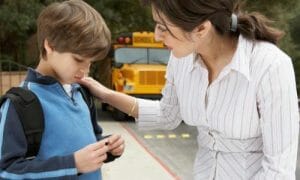 I’m sick and tired of hearing stories about how the adults didn’t treat bullying seriously. People sometimes don’t realise it, or don’t care, but there has to be ONE PERSON in the world that cares, so no matter how hard it is, FIND THIS PERSON!

Search the world if you have to, tell this one person (may it be a parent, family, friend, teacher, principal, counselor, random stranger on the road) who truly cares, just how serious of a problem it is. If they don’t think it’s that serious, you must make them understand why. People often think that you’ll be fine if you ignored them, but that DOES NOT WORK!

You, nor anyone else should ever have to put up with it, and truly caring adults should understand that and attempt to help.

Be aware of things you do that may hurt another

I say this because it has happened to me. There was a girl at my high school who I was friends with, but she’s one of those people who really liked to just stand at the gate and throw random insults at people who walk past, and she never seemed to brush her hair, and I was worried about it, so I stopped being friends. That was a huge mistake because it angered her so much that she started to attack me every time I walked past.

Same with another guy who asked me out, and I didn’t understand it at the time, what going out meant. I said yes, but later realised I really wasn’t interested, so I turned him down. That I believe hurt him, so he started to say thing to me.

Be aware, sometimes when people are hurt in any ways, they will get back.

Fight back, but not resorting to Violence

I would never suggest that you fight back the bullies by punching them, because that really doesn’t do anything good. However, I’ve known people who were too afraid to fight back at all because he/she was afraid of what the parents might say. If you are bullied or you have kids that are, do not even tell them not to fight back, just help them understand there are ways of fighting back. Whenever I was on the computer in the past, some kids always loved to make smart remarks or attempt to steal my keyboard. I Just gave them (not a hard) kick, and they stopped.

So, it doesn’t have to be serious, but doing nothing or reacting as if you’re hurt can really trigger them to do more. 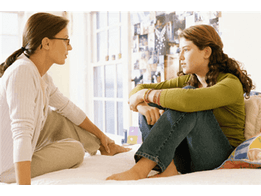 Some people may be good at comebacks on the spot, but others may seriously get stuck and be at a loss of words. You need to sit down, come up with a bunch of scenarios (the more, the better), and practise saying things to them. There’s no saying which come backs work and which doesn’t, but it’s important you can actually say them at the right time, rather be lost and confused because you were surprised by what they said. Here’s a list of websites that have comebacks, which I urge you to check out:

Favourite Comebacks from those websites:
Build your self-esteem another way.
I bet you were up all night working on that one.

My favourite comeback for you’re ugly: Yes that is why you have to are obsessive with me enough to look at me. Gee I didn’t know you have a fetish for ugly girls. –Luvableviet

Other Tips and Advice Dealing with Bullies 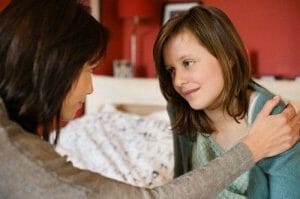 2) Don’t be nice to them, because that doesn’t work very well often either.

3) Giving them a reaction they want (anger, sadness) is often what feeds them into doing more.

4) Some people may not take it seriously because they probably can’t understand it, and it’s your job to make sure they really understand how you are feeling.

5) If nothing else works, consider moving schools or being home schooled.

A Story about how my Sister-in-Law overcame a Bully

I want to share this story with you, not to encourage the same action because it doesn’t always work, but to help you understand what is one of the things that can really stop a bully, and that is showing them you are not to be messed with.

My sister-in-law had this one bully who no matter what she did, wouldn’t stop. One night, she had some paint/stains from doing art on her legs, and when the bully was pretending that he was going to hit her, she acted as if she was hit and started to hold her knee in pain. This alerted the teacher (or the teacher was already coming), and when the teacher saw that fake bruise on her leg, she really did believe he hit her, and because of that, he got suspended for a while, and afterwards, never dared to do anything again.

The point of that story wasn’t to say it’s good to trick someone, but when you show them that you WILL NOT let them get away with something, they probably wouldn’t dare to mess with you.

Thief Trust me, everyone goes through a stage in their childhood when they don’t understand the concept of “this does not belong to me, therefore I shall not have it.” If they’re anything like me, they’d want to STEAL IT! Let me tell you a story of my crazy childhood and all the things I…

Long distance flying seems to be a long lost friend of mine which I encounter once every few years, no matter where I go! The longest I’ve flown is about 24 hours (including a stop) from Australia to the US, and shortest was 2 hours from Brisbane to Melbourne. I can say that long distance…

Is it hard getting kids to eat their vegetables? Here are some ways to help kids enjoy their veggies more.   Expose them at a Young Age I’ve read articles that say that kids up to the age of 2 will eat anything but after that, they will not even touch anything new. So before…

The whole nature vs nurture debate comes up a lot, and these are my thoughts. (Image Source) What shapes our Personalities? Our big part of what defines our personalities, besides our interests, are our emotions, right? We often determine by: “Are they happy a lot? Are they grumpy all the time? Are they constantly positive?…

Dr.J’s Vibrant Cafe Price range: $11 per bowl Favourites: Carob brownies, Curried potato bowl, Minced Chunks Spring Wrap THIS IS THE GREATEST THING I’VE EVER DISCOVERED! OMG the people there are SO NICE, the cafe is AMAZING, the food is absolutely TOP and everything about this place is simply the best. I LOVE going there…