It was only recently that I discovered the many different types of oils and how they should be used. Turns out that oil has a smoking point, which basically means how long they can withstand temperatures until they fume out things that will cause you damage.

Latest and Newest Info: Use coconut oil for cooking, that’s one of the only oils that have a very high smoke point and won’t turn bad when it’s heated!

The more refined the oil, the more they can withstand temperature.

Remember when you fry olive oil in the pan and suddenly when you add water, the entire thing became cloudy? That’s because the oil has reached a smoke point, it was heated beyond the temperature it could tolerate, so it will begin to smoke and change colour, as well as create carcinogens in the air, that also creates free radicals which can do damage to your body. If you notice that the oil looks odd, then it’s probably being damaged by the heat. Then, it no longer is that brilliant, nutrient dense oil you think you’re having. It’s going to create problems for you!

Cold pressed unrefined oils are rich in taste because when they were exacted, all the good nutrients were left alone. It’s definitely a healthier oil, but it’s tolerance to temperature isn’t very high and will puff out in angry smoke if you decide to put it in a hot environment. I recommend using the following oil for drizzling, salad dressing and baking under 350 Degrees Fah

Refined oils are when nutrients are stripped from the oil and it’s ironic that it’s exactly because of that, the oil can withstand heat a lot more and have higher smoke points, which means these oils would be much more suitable for baking in higher temperatures and frying.

If you’re using extra virgin olive oil to do frying with high temperatures thinking it must be healthier, that’s actually a misconception. Once the oil reaches its smoke point, it will release free radicals and possibly do damage and cause illnesses, so do be careful when you choose which oils you’re using to fry or drizzle. 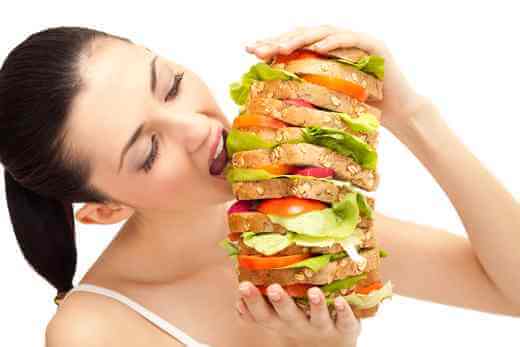 Wow, every time I look, I see an article saying what amazingness wheatgrass has done, it has even cured a 75 year old man of cancer. So, I did a little research and found this useful little information for you. Wheatgrass is packed with nutrients, this includes Vitamins A, C, E, iron, calcium, magnesium, chlorophyll,…

Alternate Names: Goujizi, wolfberry, Lycium barbarum, gou qi zi, Fructus lycii Goji berries are a bright orange-red berry that grows on shrubs native to China and have been a part of Chinese Medicine for over 2000-5000 years! It all started with a Legend from Tang Dynasty that there was a Buddhist Temple known as the…

Unfortunately, often if you want to bake healthy, it can be difficult as many things are unavailable in the local supermarket. I’ve just bought 5 items yesterday on Amazon that I want to share the links to, and give you an insight to what they are. Brown Rice Syrup Buy on Amazon Instead of using…

I’m always on the lookout for replacing certain foods with healthier alternatives. Here are five of the latest swaps I’ve been doing! Nuts for Cheese I couldn’t believe just how much ground almonds taste to cheese. I was making pasta the other day and ground up some almonds with water and it became almond milk!…