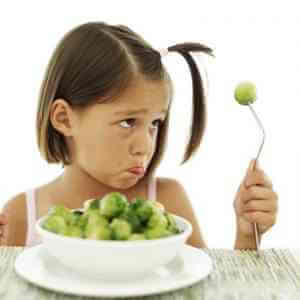 One thing I really have always wished is that people would be more willing to try to create new dishes that are healthy but appeal to pallets that are sensitive to bitterness and the standard “vegetable taste”. I know perhaps a lot of parents had gotten used to cooking vegetables in simple ways which kept these tastes and just assumed that their kids did not like vegetables because they were kids.

This is simply wrong and really damages their chances of having healthy meals early in life, when their bodies are developing. The fact is, many people are simply sensitive to these tastes and their mouths simply reject them.

Forcing kids to wolf down these vegetables that they hate is equally disastrous because they will grow up to avoid vegetables at every possible opportunity and be in line for serious health risks.

People really need to see that vegetables CAN taste other ways than simply boiling or baking them with a few spices on top! If more people knew about blending and salting vegetables to make them more palatable to people with sensitive tongues, we would have way more healthy kids in the world! This is why I love this site, it shows you that healthy food does NOT have to taste all the same or awful!

Vegetables can taste like meat and even be sweet! You have to try new things, not give up or force someone when they don`t see the food the same way you do. In short, this site rocks. More power to letting the world know that vegetables don’t have to taste like sweaty garbage!.

[Sus: Today was a late day, so this is the article you get instead of my usual ones!]

Since my teeth are always quite prone to sensitivity because of my excessive consumption of, erm, candies when I was younger. Unfortunately, that also means there are a lot of foods that may be fine for others, but aren’t good for me if I eat too much of it. Here’s a list of foods that…

Believe it or not, you can actually add a lot of vegetables in baking and have it still taste amazing. Here’s a list of some veggies you can sneak in your next muffin, cake or bread. Zucchini Zucchini muffins and breads are quite popular and it works because zucchini is quite neutral in taste, so…

What are ways to make foods healthier? Here are five tips. Bake instead of Deep Fry Deep frying is always the worst option because you’re covering everything in oil, and that oil is usually hot, therefore would release quite a number of toxic chemicals if you aren’t using the correct oil. What you can do…

So yesterday I got a packet of PREMIUM (yes, you heard me right, PREMIUM) Japanese Sencha, because I was so sick and tired of drinking yellow green tea. It costed about $10 for a small packet. What I noticed was it was wrapped in almost like a paper wrapping, rather than the regular plastic. When…

Cayenne Pepper has the power to stop a heart attack! That’s right, Cayenne pepper is really powerful, and you can probably imagine how powerful it is just by the heat of it. WOOOW, it gives you a kick! I’m sure we’ve all seen this message somewhere before: How to Stop a Heart Attack in 30…