Raocow’s awesome quotes always makes me happy no matter what!

That was nuts. Like acorns, cashew, pecan, anything you can think of. It was in there!î

YES! FILL THE WORLD WITH THE CONFETT’S OF MY SOUL!

Hooray! There were no Hipotomomy Hipotomy is that the plural of Hippopotamus or is it Hippoponomisses? I just can’t say that word. You’re big peanut things! You know, they’re kinda shaped like peanuts, except with the skin of an elephant. But that’s not like creased. It’s a well ironed a hippoptonomus is a well ironed peanut shaped elephant.

You should probably not be not nice to people you donít know, because ñ you donít know ñ they might be the president by surprise and go like: ìOoh, well, you were not nice to me, so I will forever remove your right to bear trees.

ìThe truth behind our dreams is actually 3 ounces of vodka mixed with 3 ounces of paprika *sniffs in real life*. Put it in a blender for a few hours and forget itís there.î

So then God was all like ëMan, wouldnít it be hilarious if all the people that I invented were fighting over an object of no actual value?í An so he invented currency, and he thought it was hilarious.

ìSuddenly this is ice world for some reason, itís pretty greatÖ Thereís iceÖ Itís a worldÖ
But, you know, we still fight reptiles and plants, which are stuff that should probably be hibernating ñ also bullets should probably be hibernating.
I donít think plantsÖ ìhibernateî, per se, but, you know, theyíre dormant. They ñ they barely count as alive as it is, but theyíre even less alive during the winter times.
And yeah, I got a stuffy nose. I have that weird feeling where I constantly feel like Iím gonna have to sneeze or something. Itís pretty great ñ right, apple, that is growing, you know, in the middle of winter or winter-like micro-climateÖ
Itís pretty great, these are pretty fanciful apples.î

That was a demo!

ìThe Sauce Store. All your needs for sausages and sauce-like sauces. Im just gonna say the word sauce a whole lot because it is a wordÖ that inspires me.

Sometimes, we get into bad situations which completely throws us off. We often react to those by being angry and feeling sorry for ourselves. For example, the most common thought we go through is, “why me?”. You may feel that you were unlucky, and that life isn’t fair. Examples of bad situations going from severe…

Have we ever thought, “what is our purpose in this life?”. Perhaps many people are busy or have never particularly thought about it, but purpose is one of the biggest and greatest things anyone could ever have. Have you ever watched one of those video game competition playthroughs were some of the earlier entries were…

It’s interesting that I hear a lot about “thinking positive” but unfortunately, we barely get taught how to think positive, along what part of the thought process do we start? This is where I’m going to try and teach you! Something Greater will happen! This is probably the thing that helps me most. Whenever I… 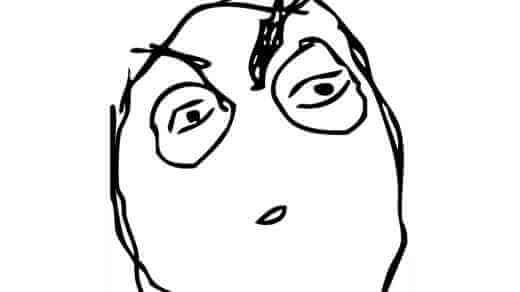