Have we ever thought about why the taste of sweetness is so good, while bitterness automatically makes us shudder? Have you ever associated sweet with good, while bitter with bad? An article on io9 called “The psychology of hating food (and how we learn to love it)” nailed the reason, and I wanted to explain it further.

Almost all kids have an insane love for sweetness. You get them having a candy and they’re forever hooked. Probably from then on, they will sit in front of the candy store and refuse to budge until you buy them candy. That’s not exactly a good thing, but have we ever thought of exactly how this originated?

Back in the ancient times, there was no such thing as artificially made sweets such as chocolate bars, lollypops or jelly beans. Instead, there was wild food, such as fruits and plants. People in those times would’ve just eaten from the wild, and through evolution and natural selection, learned to love sweetness because the food that’s usually sweet are ripened fruits that were healthy and safe to eat. Therefore kids have this crazy love for sweetness! 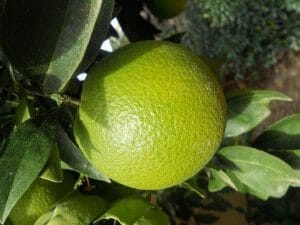 Have you ever given a baby some tomatoes and watched their face? It’s the most adorable thing ever. But why are they born to not like sour as much?

Think about the old times when we all ate food in the wild. Fruits that were not yet ripened were still sour, and they obviously weren’t ready to be eaten yet. However, most of them probably weren’t dangerous, that’s why people can still eat some sour without hating it that much. 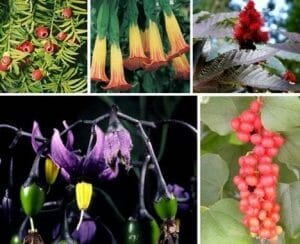 Now, bitterness is something I believe almost every person hates. It takes a lot to love the taste of bitter, and there’s a reason for that as well.

Nowadays, we know which plants are edible and which aren’t, but don’t forget for centuries, people relied on testing and trying different foods and plants. Unfortunately, not everything in the wild is edible. In fact, some are quite toxic. What’s interesting is, many of the toxic plants were in fact bitter, so it ultimately lead people in adjusting their taste buds to automatically hate the taste of bitter, to protect ourselves.

Some people are known to be particularly sensitive to bitter, being able to taste the smallest amount that normally people can’t.

In the Modern World, our tastes are Confused

Back in old times, this sense of taste could really help us survive. However, these are quite unnecessary in today’s world, as living in society, we buy what’s safe to eat. We literally don’t need these taste buds to tell us we should love sweet and hate bitter, because we’re not going to get the chance of buying something toxic at the supermarkets to eat.

Fruits do have natural sugar, but there are also plenty of water, minerals, vitamins, fibre and phytonutrients as well that are beneficial for our health. However, when you process these sugars, strip out all the nutrient, square the amount and add them in sweets like candy, chocolates, processed sugary treats and cookies, you’ll likely to overdose on the sugar and potentially destroy your health. That’s because too much of anything is bad for our health.

The problem is, our minds are yet to discover the truth. It only knows that sweet is a good taste, and cannot tell that too much is going to harm our health. That’s why, even though junk food filled with sugar is bad for us, we still love it so much.

Perhaps in a few thousand years when people start dying from too eating much sugar, the body will learn to dislike the taste more. Until then, perhaps the best way not to overdose on sugar is to keep it out of our sight.

1. Not all Fats are Bad! That’s a thought trap! It’s something many people will think: Fats will make people fat. In fact, that’s wrong because believe it or not, there are a lot of food high in fats that actually help you lose weight. Good fats, mostly Monounsaturated Fats and often, Polyunsaturated Fats help…

We all have moments when we’re insatiably hungry for a snack. Instead of turning to those chocolate bars and ice cream, here are some healthier alternatives. Kale Chips Kale chips are delicious and easy to make, Simply coat the kale with a bit of olive oil, salt and spices like paprika, and bake until it’s…

I think our bodies can handle certain amounts of sugar but if you have too much, it makes us crazy. I don’t believe in using white table sugar at all because it just seems pointless if there are other things just as sweet but contain more nutrients. However,I still think that most desserts can totally…

Wow, every time I look, I see an article saying what amazingness wheatgrass has done, it has even cured a 75 year old man of cancer. So, I did a little research and found this useful little information for you. Wheatgrass is packed with nutrients, this includes Vitamins A, C, E, iron, calcium, magnesium, chlorophyll,…

I love learning the health benefits of many foods, as it just makes me more excited to eat it. Lately, I’ve been crazily obsessed with lemons, and I will tell you why it should be something worth having! Vitamin C Just one lemon has all your daily Vitamin C requirements! Vitamin C is important for…