Water is something we often overlook. For years, I’ve never kept up with the 8 glasses of water a day to stay hydrated and healthy thing. Mostly because, whenever I drank over a cup of water, I felt so full and bloated in a weird way, it’s kind of like the beginning of being nauseous but not quit there. It just made me uncomfortable and because of that, it was difficult to drink enough water.

Your body is made up of 60% of water (I know what you’re thinking: HOW IS THAT POSSIBLE? We’re all solid!) and it depends on water to survive, such as using water to flush out toxins and carry nutrients to other parts of the body.

Since water has a cleansing effect, it has helped many people in controlling acne.

Drinking enough water is one of the major ways to keep kidneys healthy!

What happens when there’s not enough Water?

Sometimes, people don’t drink enough water because they don’t like the taste, forgot about it or simply didn’t know they needed to drink so much. When we’re not drinking enough water or liquids, we become dehydrated, which often give us headaches, makes us feel dizzy, drained of all energy and tired. That’s probably because there’s not enough water to carry basic body functions.

Tips and Ideas for Drinking Water

1) Drink 1-2 glasses of warm water first thing in the morning after you wake up. Doing this will helps flush out the toxin buildup at night.

2) Brew yourself a cup of tea or two. Green tea is especially beneficial. However, don’t add sugar if possible!

3) Try and spice up your water by adding some lemon or lime juice (no sugar though). Sometimes, it’s the blandness of the water that turns people off.

4) Have a bottle of water with you during exercise. You’ll most likely find yourself thirsty while you exercise.

5) Drinking water with meal isn’t a good thing! Try and drink water at least 30 minutes before a meal to ensure it’s mixed with the blood. When you’re eating, your stomach is using acid to digest food and water mixed with acid totally ruins the effectiveness because it’s now weakened and can’t do its job properly. Also, digestive juices stops reaching to the food.

6) Don’t go into one of those water drinking contests. There is such a thing called water intoxication and you can die from overdosing on too much water. (2 gallons/7.5 litres within 2 hours is considered that!)

7) Don’t forget that a lot of vegetables and fruits are 80-90% water, so having plenty of these would help you stay hydrated as well. 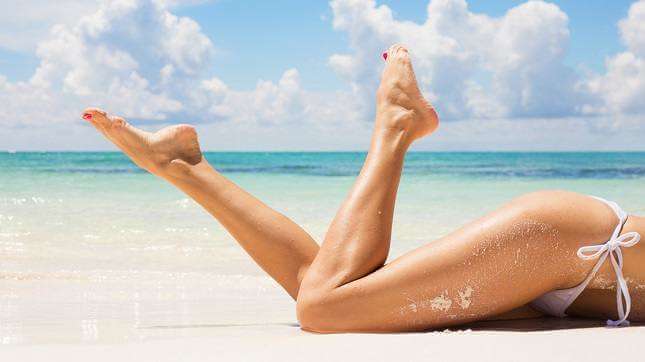 The feeling of smooth hairless skin is second to none and absolutely essential to feel sexy and confident. If it’s Summer or we’re going on holiday we need to be sure our legs are looking their best, not to mention the bikini region. For a long time hair removal was tricky to do on your…

Often, what the leaders from China eat is kept a secret – what the Leader eats, how he eats is usually a secret that cannot be revealed. Leaders would always eat coarse grains; have smaller and more frequent meals. Their scientific eating method mentioned above is the main reason why all the Chinese Leaders had…

In the past two days, I’ve been baking a bit more bread as usual and I just discovered THE BEST WAY to keep read soft, at least the crust and such. In the past, bread I’ve baked always turned out like stones after a while and let’s just say if I accidentally threw it at…

I wanted to make a post on all the things I’ve learned (since last time) about baking. Tips for Better Baking: If you want to bake cookies that are crunchy, you have to make sure the dough is very hard, has a fair amount of oil (that you can feel on your hand when you…