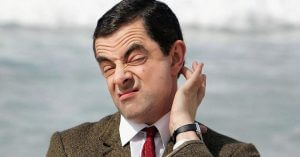 Humour is one of the most marvelous things ever. It’s so good, yet hard for many people to create. There are different types of humour, some being just expressions or movements, others are words, some requires prior knowledge, others don’t. The amount of humour that exists is endless, and the first thing we need to learn is why we find things funny.

Understanding how humour works is the first step in helping you create it, because you’d know why people laughed and how to possibly achieve that. Vsauce explained in on of their videos that often, we laugh or find things funny when we read or hear something good that we’re not expecting. So in other words, humour is our mind learning something new. It’s a good surprise. (That means, we wouldn’t find something we usually find bad to be funny.)

So, here are some ways I’ve come up with in how to be funny.

Randomness can be a lot of fun, because when you are being random, you’re likely say a few things that was really unexpected for some people. Even though not everyone finds randomness funny, many people still find it amusing. If you want the best example of randomness, Raocow says a lot of random things in his videos which I find extremely funny because they were totally know I was expecting, such as when he was playing the game, he said, “I can’t play the salad, because it’s not a musical instrument.” That sentence is so darn funny for me, because it was unexpected.

2. Look at your favourite comedian and see how they achieve Humour

Do they use certain voices? Do they do really silly things? Do they say certain unexpected things? Do they point out things that are so crazy but true? Write down what you thought was funny and think about why. Was it because it was something you didn’t expect? Is it because what they said made so much sense? See if you can use what you’ve noted down by coming up with something similar. In a way, it’s just like anything else, practise makes perfect. Even if you have no idea where to start, just try and imitate. Just like an artist first starting to draw and requires tracing, you can certainly use other people’s ways of humour and make it your own. Once you start to understand how it works, you will probably find it much easier to create your own humour. Also, collect everything you can find so you have a resource list.

For example, Mr Bean is so funny because he does so many crazy, silly things, such as when he ran out of wine, he used vinegar and sugar. When he ran out of snacks, he just chopped a tree trunk and gave it to the party guests. These are all things you usually would never see.

Try and see if you can come up with some kind of sentence, quote or logic that usually people don’t hear about. Often, misheard words are so funny because the person who misheard it made it so absolutely different from the original, that nobody was expecting it. Remember, if you actually laughed at your own joke and thought it was funny, it’s likely others will also feel the same.

Some random things people have found funny that may give you some ideas:

Count how many times someone say “um”
Climbing up a poo tube when there was a ladder right next to it.
An old man in a game stacking a horse, cow, pig and two ducks on his head, trying to collect animals for his arc.
Misheard words
Imagining everyone as pumpkins when you are doing a speech
When someone who looks 65 says they’re blessed by eternal youth and they’re so young you can’t even tell how old they are, and you ask them how old they are, they reply with 35, and you say, “oh, I really couldn’t tell how old you were.”
Pointing out something extremely true that people usually don’t expect.
A cat learning how to bark is like learning a foreign language. 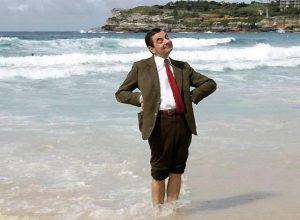 I often wanted to be funny during speeches, but I remember every time I went up there, I’d get so nervous I wouldn’t even know what to say. If you’re under pressure, you probably won’t be able to come up with anything good. Also remember, the topic you write about has to be lighthearted. If you’re trying to write about an episode of how this character died so tragically, I doubt that would be a good environment to attempt to make comedy out of it, so remember – what you choose to write about or talk about matter. If it’s meant to be serious, adding comedy would only make it seem out of place.

5. Try and come up with things people Usually wouldn’t Expect

I laughed when I saw a picture of a Christmas tree, in an attempt to replace a real one because they couldn’t be bothered setting it up. That was funny to me, because I had never seen anything like that and it was totally unexpected. I read a question about someone asking how to unbake a cake, and that also had me cackling. That was hilarious because unbaking a cake doesn’t even exist. If someone said he looked like a dentist, when back in those times dentists didn’t exist, I would also find it funny because I can’t even imagine dentists existing at that time period. If you can come up with something good, that is unexpected, then most likely people will find it funny.

Sometimes, we get into bad situations which completely throws us off. We often react to those by being angry and feeling sorry for ourselves. For example, the most common thought we go through is, “why me?”. You may feel that you were unlucky, and that life isn’t fair. Examples of bad situations going from severe…