Everyone wants to know the secret to living a healthy and active lifestyle. You’ve probably read thousands of articles about eating healthy, doing exercises and self control. I’m sure we know that to be healthy, we have to have a healthy diet and do regular exercises. What I want to give are tips on to do this easily. 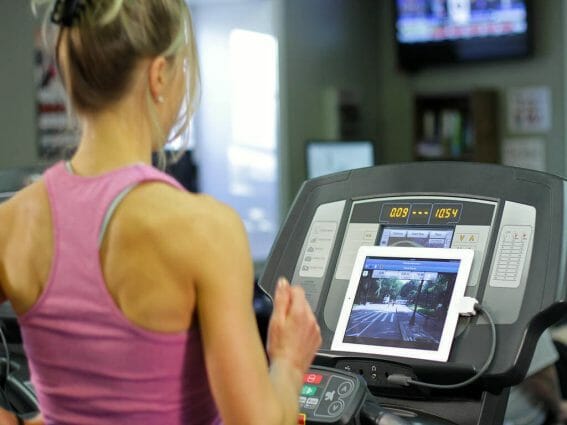 One of the worst things is not being able to exercise. Some people may not even have the chance because of where they live, weather conditions or even time limit. That’s when I suggest for you to buy a treadmill. They averagely cost about $750 for a relatively good one that won’t break in a year. Ipads are about $200, so altogether you’re looking about $1000. Is it worth it? Heck yes. $1000 could very well save your health! I’d say any amount of money is worth it.

Treadmills are particularly beneficial because you can set your incline and pace so that you challenge yourself to walk faster. When you’re going for a regular walk, it’s very hard to walk faster than what you can actually do. However, treadmills can be set on certain speeds that forces you to do more vigorous exercise.

Why I think you absolutely need an ipad? Because exercising on the treadmill is one of the most boring things you can do. Being on there for one hour without entertainment is enough to kill. If you’ve got an ipad, you can do all kinds of things on it, such as watch youtube videos, movies and shows. If you’re skilled enough, you may even be able to read or surf the internet on it. Many people avoid exercising because they feel as if that one hour spent exercising just went down the black hole. If you do something you probably would originally do like watch an episode of your favourite TV show, then you’d probably feel that time you spent exercising wasn’t in vain. 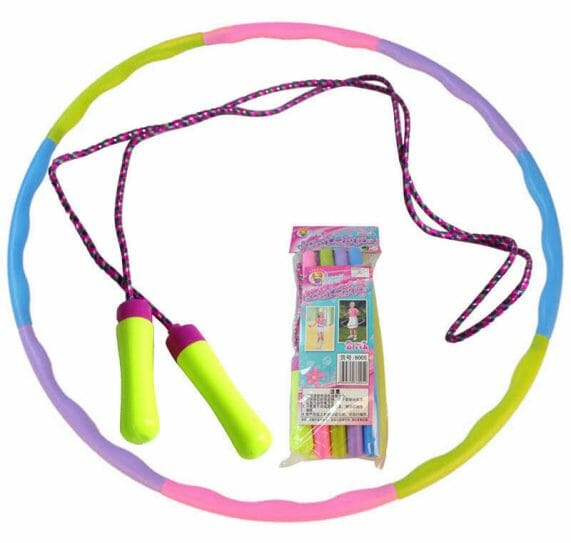 We can all get bored of just walking or jogging. There are many other ways to exercise. You can try buying some hula hoops, skipping ropes or shuttle cocks if you’re exercising by yourself. If you’re doing it with someone, perhaps you can even turn exercising into a game. The more fun you’re having, the easier it is to make exercising a habit.

Most people have busy lives and you spent most of your day at work. When you get home, you eat and wash up, then do a bit of things and go to bed. That doesn’t really leave much time for exercises. I suggest that if you are one of those people with extremely busy schedules, use any spare moment during the day to do exercises, perhaps by squats or twisting of the neck and body.

Use more Salt on Vegetables 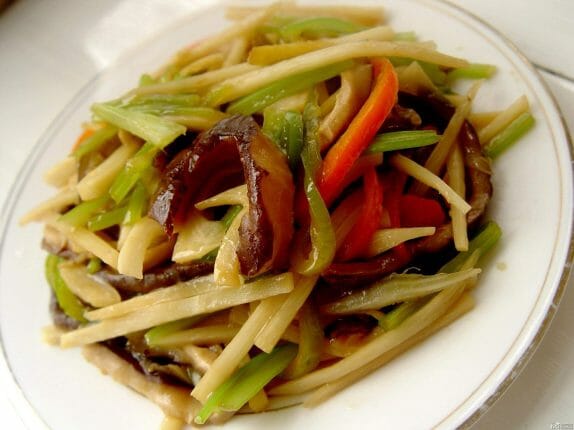 You may not have heard this one often, but did you know that one of the main ingredient in Chinese cooking is the use of salt? This is what’s added in every dish.

However, I’ve noticed that in the western cuisine, vegetables are often steamed, baked or microwaved without adding any salt. This usually result in the blandness of the vegetables, and most Australians or Americans I know hate vegetables because it just tastes horrible. Even with my own husband, who used to hate the bitter taste of vegetables, now eats it because salt is added. This is because salt truly gives vegetables flavour, as well as lightly stir-frying them. This almost changes the way vegetables taste completely, to the point where some people wonder if it’s still vegetables.

It’s common knowledge that too much meat, particularly red meat will causes all kinds of heart problems. It’s in almost every health site that we should eat less meat and sugar, and eat more fruits, vegetables and legumes. However, it’s very hard for most people to do that, because meat just tastes so good!

Think about this – If we can make vegetables taste equally as good or better by adding more salt and cooking it differently, that means it could at least hold a candle to the ever-unbeatable meat. Then, perhaps more people would be willing to eat them without squirming and requiring a large steak or lamb chop to get rid of that horrible vegetable taste. That means, there may even be a chance that they’ll cut down meat to eat more vegetables.

If people are healthier by eating more vegetables, then their body will automatically be able to handle the salt. 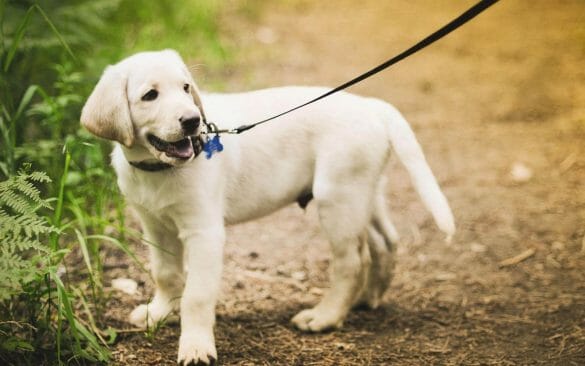 This may sound crazy, but getting a dog will actually motivate some people to walk! Especially if you are over 60, retired and need a reason to go out for a walk. If you are one of these people who need somewhat of a companion, perhaps you should look into getting a dog if you have the room or yard for it. The bigger the dog, the more effective it is, because bigger dogs require more walks and can even walk very fast, so it would be a challenge to keep up with it.

So last few times, I talked about the steps leading up to actually putting it on. Now, I’m going to be writing about my experience with the braces being put on. So, you walk into the orthodontist, they give you a purple looking pill (that tastes like candy) and you’re suppose to bite and chew…

Don’t you hate it when there’s like, two different types of dried mushrooms and they’re called the same thing? It all started when I asked my hubby to buy some shiitake mushrooms, thinking they’d be Xiang Gu and he got me a packet of Hua Gu instead! Then I checked the packet, both said shiitake!…

I’ve been discovering more delicious healthy snacks since the last time I made a post. Here are five new snacks that I love eating! Sun Dried Tomatoes You know how eating tomatoes just feel so watery and unfullfilling when you’re hungry? Well, let me say that eating sun dried tomatoes is heaps better. It feels…

We all know that antioxidants help us fight free radicals, keeps us young and does all kinds of amazing stuff. According to a 2004 study found 20 foods with more antioxidants than anything else. Here they are. Dried Mexican red beans Wild blueberries Red kidney beans Pinto beans Cultivated blueberries Cranberries Artichokes Blackberries Prunes Raspberries…

Does your body need a detox because there’s too much junk in it? If you’re feeling constantly sluggish and tired, getting a number of different illnesses or generally not feeling well, perhaps you will need to detox. Here are five easy and natural ways to clean your body up from the inside. Eliminate There are…

I’ve been having quite a lot of trouble sleeping lately and it’s interesting I never really stopped to think about why. It was only a few days ago I noticed that OMFG there’s caffeine in cocoa/cacao (chocolate) and I’ve been eating a lot of it in the afternoons. Perhaps this is why I’ve been having…